Use one of the services below to sign in to PBS:

You've just tried to add this video to My List. But first, we need you to sign in to PBS using one of the services below.

You've just tried to add this show to My List. But first, we need you to sign in to PBS using one of the services below.

Get extended access to 1600+ episodes, binge watch your favorite shows, and stream anytime - online or in the PBS app.

You may have an unactivated KCTS 9 Passport member benefit. Check to see.

Seattle drivers? Kuya Geo Has a Rap for That

The Roots of Seattle's Filipino Community 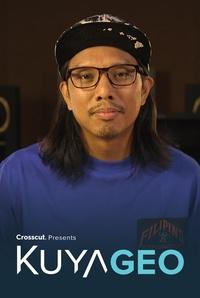 George Quibuyen, a first-generation Filipino American raised in the Puget Sound area, is co-founder of the hip hop duo Blue Scholars and a writer, musician, rhymer and restaurateur. Kuya is a Filipino term of respect for a “brother” or “cousin,” from whom one receives wisdom. In this series, Kuya Geo explores identity, music, food and urban culture from a Filipino American point of view.